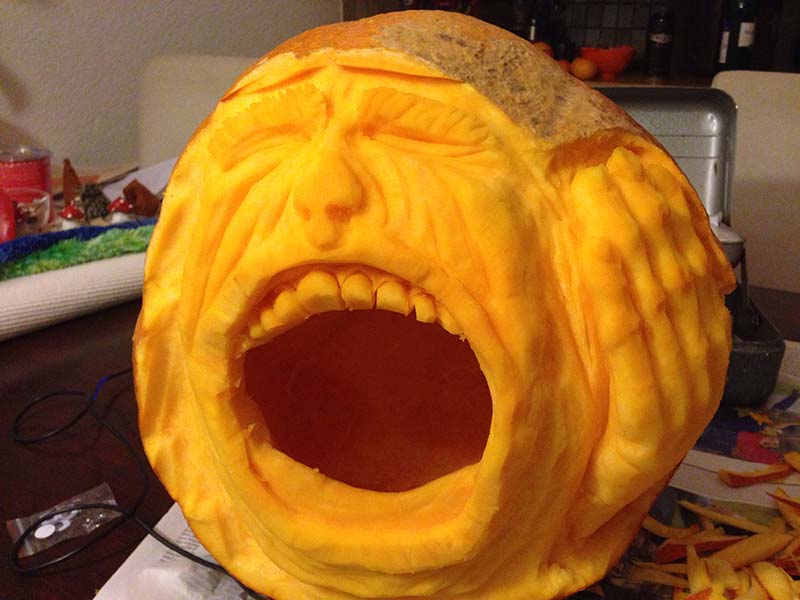 The Viking pumpkin was a great size to work at, so I wanted to do another biggie. Since pumpkins in Switzerland aren’t available for cheap, and I wanted to do another one to display in my employer’s lobby, I was hunting for oddly shaped, hard to sell items at the local farmers’ barn stores. Strange enough they only had nice round ones, I’ve got no clue where all the others go. Finally I came across this large pumpkin that the farmer woman didn’t want to sell in the first place because it had started to rot around the stem on top. I talked her into letting me have it for a reduced price (it’s hard to even get rotten stuff for free here) and tried to figure out what to do with it now.

Since the rot would spread fast, I generously cut out  the stem and the surrounding gunk. Which left me with a pumpkin with a hole on top.

After some thought I decided to set it on it’s side and use the hole as an open mouth. For the hand I used my own hand as a shape template and made it a little creepier.
The last shot in the gallery below is a little pixelated, though it still gives a good idea about how it looked with a candle inside. Made the hand stand out nicely.