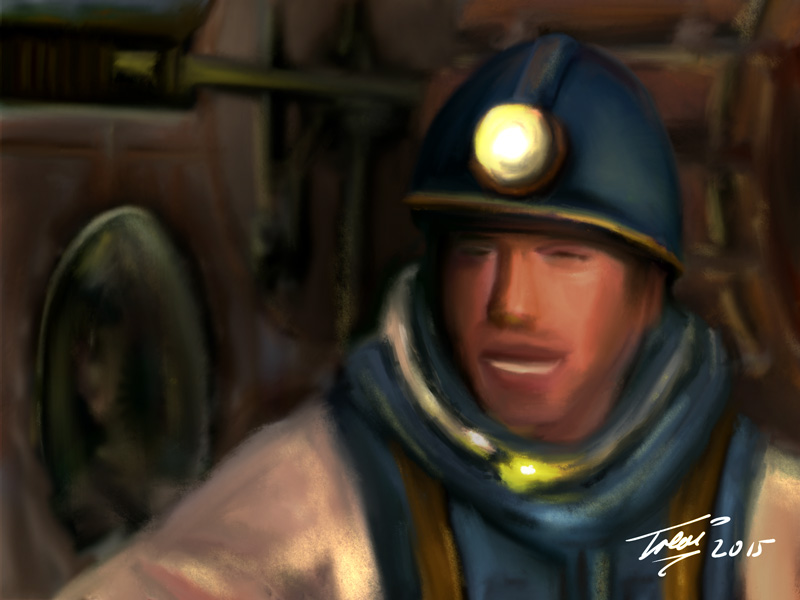 Unknown to most people there were 7  giant rescue tanks stationed across the US and Europe in the middle of the last century. In cases of emergencies the extremely high armored ERT-60F were supposed to roll out to rescue important people, build emergency bridges, bring defense rockets to optimized launch sites etc. They were part of the top secret Nightingale program. Try googling ERT-60F – even to this day here’s almost no information on these metal giants.

Built in the 1940s, these things were huge (just look at one of the tank tracks in the background), slow and required a crew of 11 to be operated.

Fortunately they never really were used other than in training missions, and by 1970 they were decomissioned and one after the other was disassembled.
While becoming obsolete for the tasks they were planned for, the design of the ERT-60F was the basis for the so called Crawler transporters. NASA’s crawler-transporters, two of the largest vehicles ever built, have carried NASA rockets and spacecraft to the launch pad for the last 50 years.

Above you see Command Sergeant Mayor Stapleton while on a night training mission on May 7th 1946.

The image started out with a picture of two naval officers photographed during WW2 as a basis and then completed on an iPad Air.
As you can see in the speedpaint video below I tend to turn the canvas from time to time to check for correct shadings and colors.