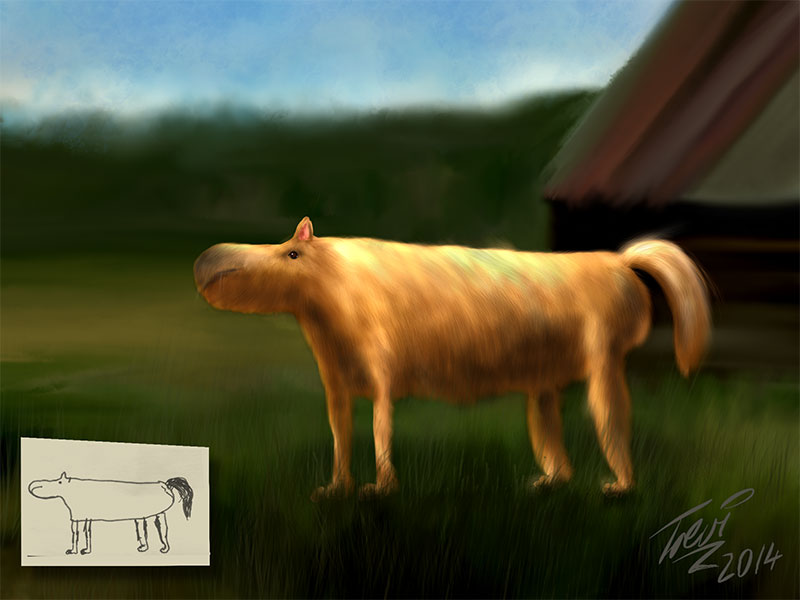 Ok, here you see my daughter Chiara’s horse.
When I saw the scribble, I asked her what it was. She had to think a short moment, because the dog she drew was looking quite similar, but in the end she was sure it was a horse. Which is fine with me 🙂 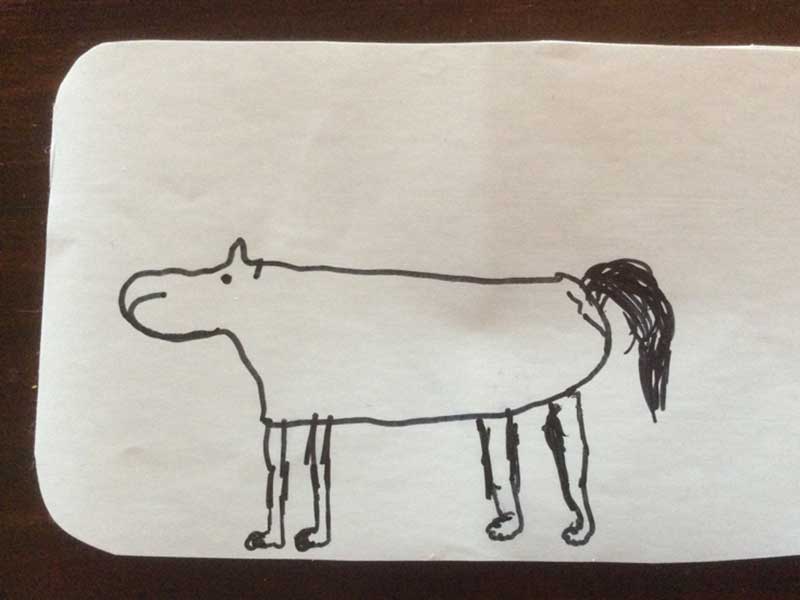 As with most of these scribble things it was not so easy to give it a realistic look whilst clinging closely to the artist’s sketch. Although I did my best to make it look like a horse, it kinda resembles a Capybara too, but that’s really up to the viewer’s eye.

As you’ll notice the horse’s fur is beige. Sometimes I think I’m under the beige-curse, for most if the animals I recently painted have that golden beige colored fur. Or maybe it’s only because I like the glow of that color since my dog has the same one. 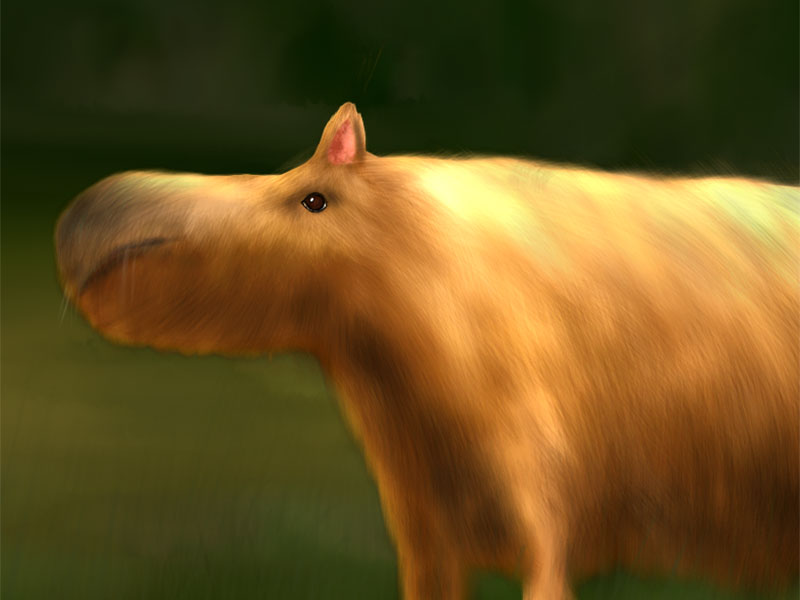 Done on an iPad Air with a dumb stylus in Procreate