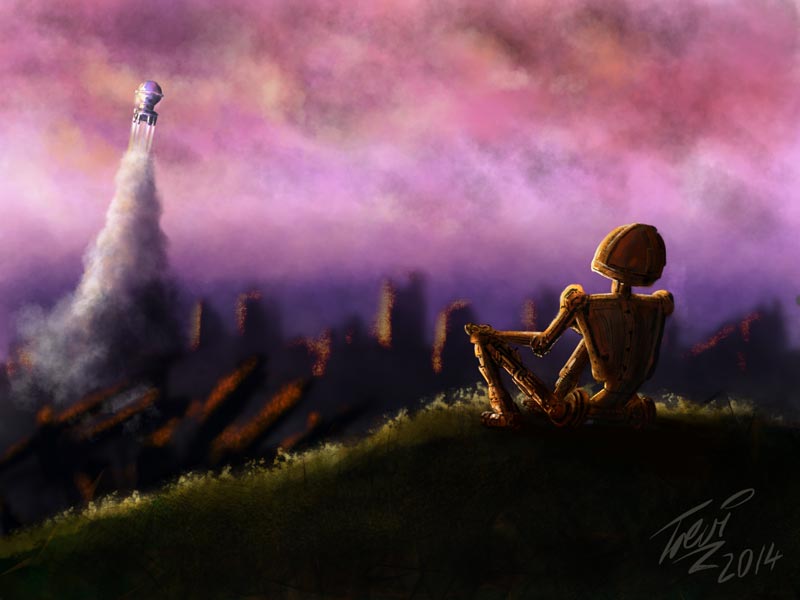 Like his good Russian friend Sergej on earth who, was also a part of the “Zvezdnyy” (starlight) program, DR-656 loves watching space craft take offs. Unfortunately he had been sent to retirement just shortly after his craft had arrived on Kepler-22, due to the new class 4 robots that took over his work.

He was also part of the Test pilot crew when the new thrusters were developed. Click here for more information on Sergej 🙂

Here’s a closeup of DR-656. Looks like he could use a good shower or a derusting bath one of these days. 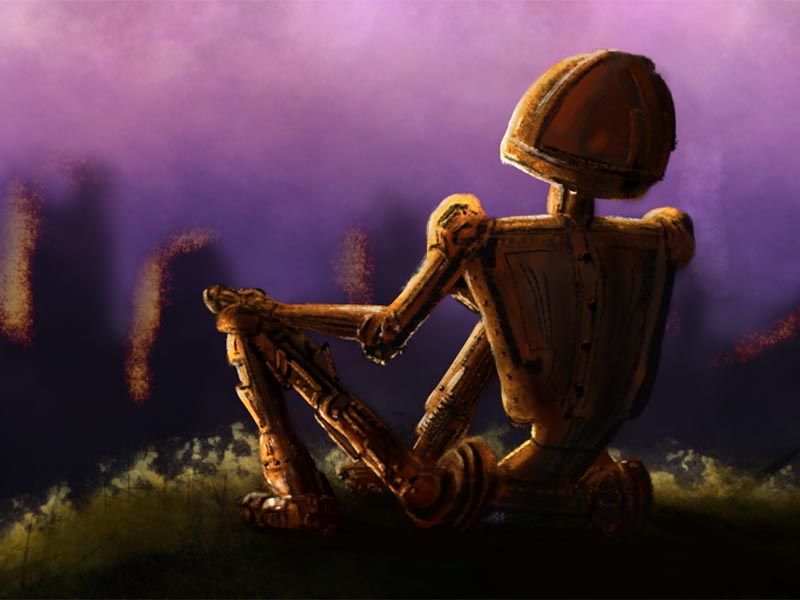 In the end I actually liked the departing spacecraft almost more than the rest of the image 🙂
The metal and the reflections turned out better than I’d expected them to. 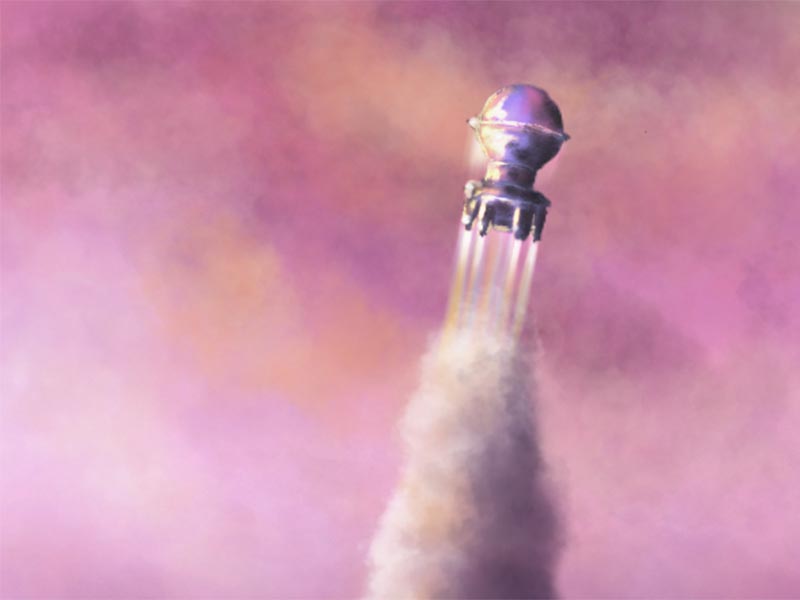 Check out the speedpaint video below to find out how this piece came together.

Done in Procreate on an iPad Air, using a Hex3 JaJa stylus and (mostly) a no name stylus.