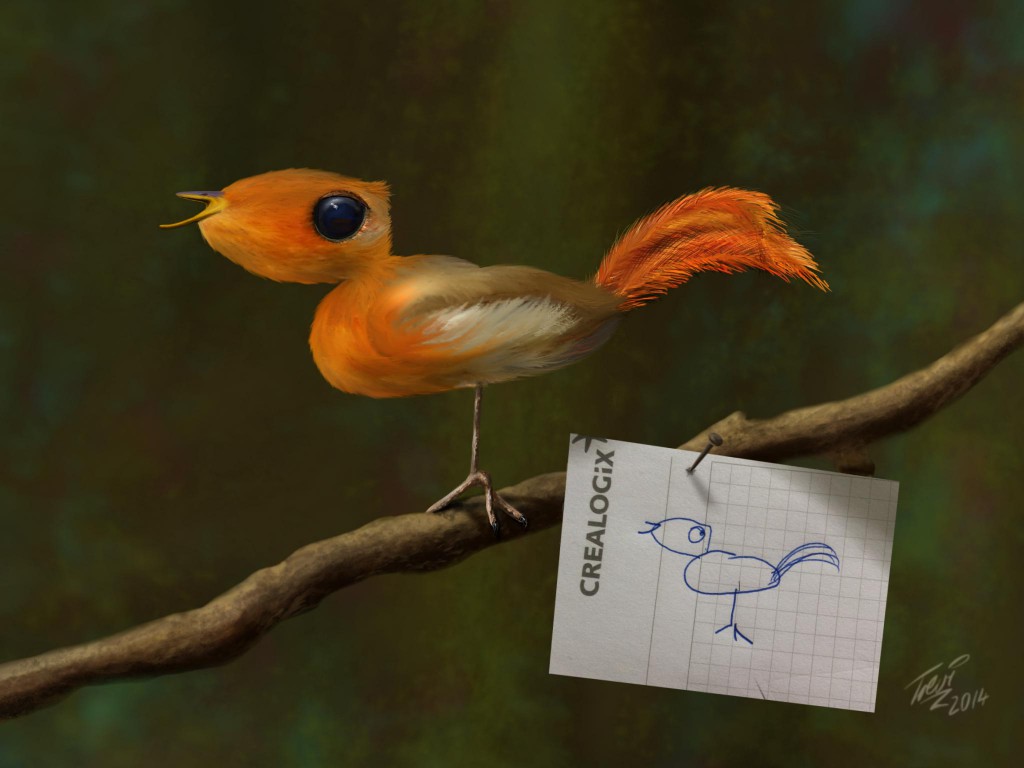 Another one I found placed on my work notebook by my daughter, like the dog before. Guess that’s the sunny side of having kids 🙂

Being curious about the one-legged nature of this bird, I got the answer that flamingos also are able to stand on one leg and hide the other one. What else could I add? So, one legged it will be. 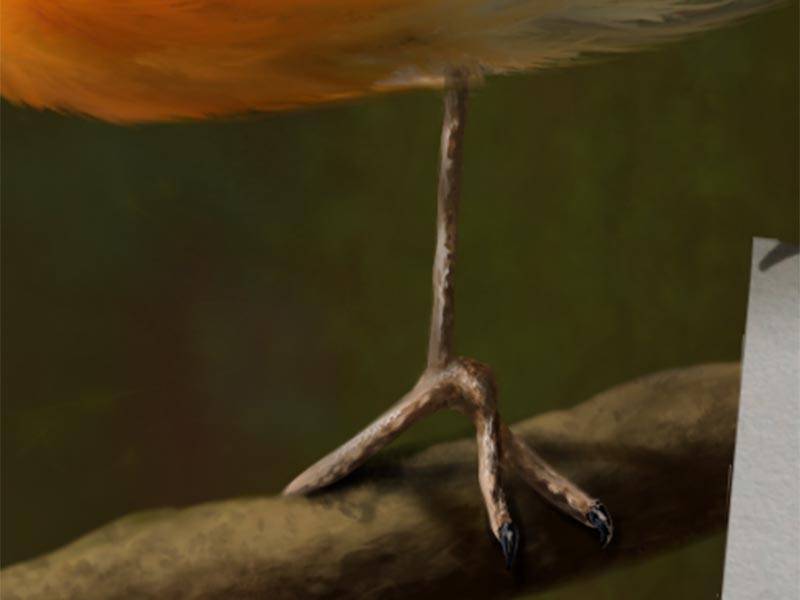 It’s in the eyes again

My daughter admitted that the birdie had indeed huge eyes, but being a small bird it always had to be on alert or become another one’s lunch. 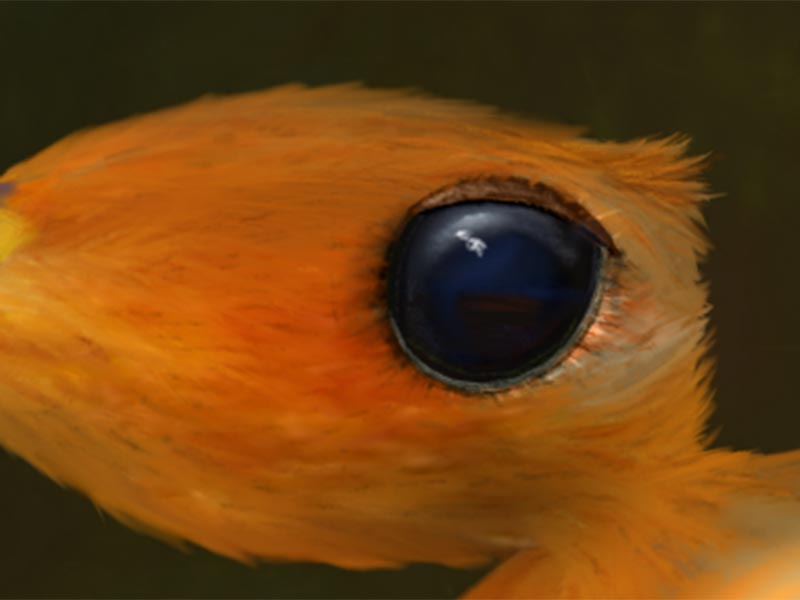 Unless I get some more raw material from my kids, that’s the last Kid’s Scribbles post for the time being.