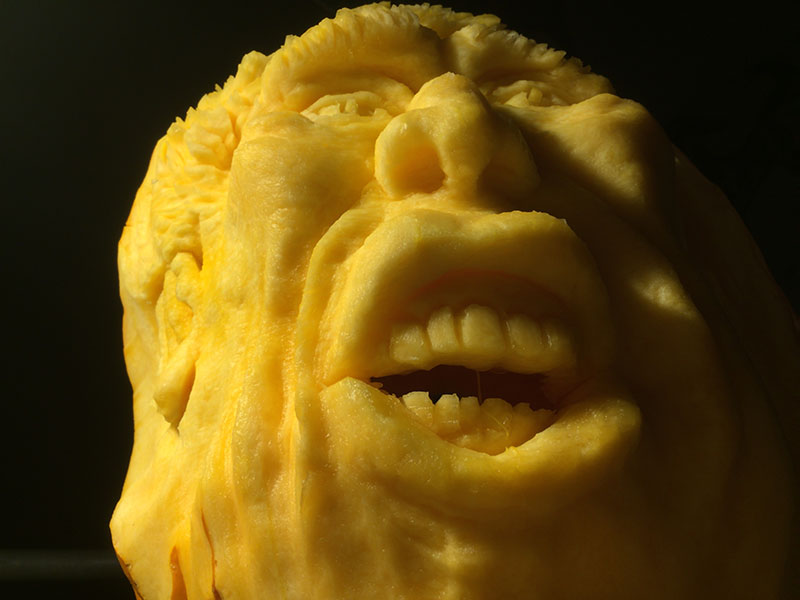 wrooooong
This one started out as usual with no bad intentions on my mind. Just a plain old big pumpkin and the thoughts that circle around my head. As it was election time in the US and we were flooded with images of The Donald denying things he formerly had said or done, that event must have had some kind of influence on the outcome of this carving session. All the times he said “wrooong” or “I didn’t say that” when the facts were straight in his face, c’mon… 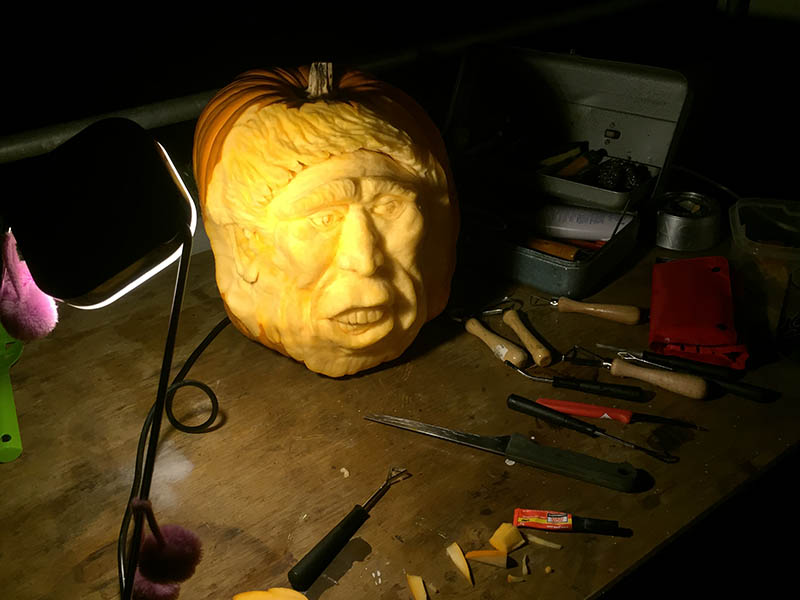 I really didn’t want to carve a Trumpkin. Honestly. It just turned out to be one in the end. I almost thought it to be a waste of pumpkin, since I really don’t like that guy. Anyway, I could go on and on, but it won’t change anything anyway. 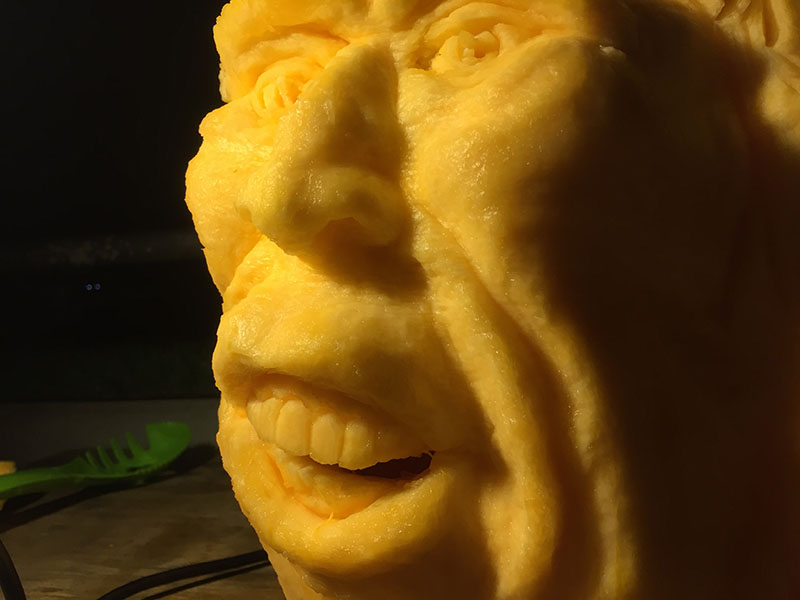 The funniest thing about the whole story: I always put my pumpkins in a plastic bag after finally rinsing off all the goo and carving fizzles. Keeps them fresh longer. That pumpkin though didn’t fit any bag I had at hand, except for a big black trash bag. Totally made sense to me 🙂 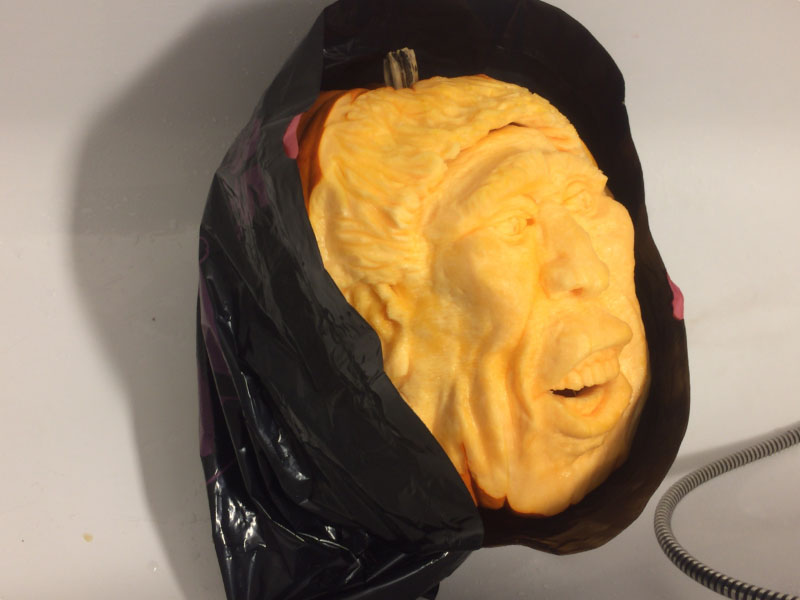 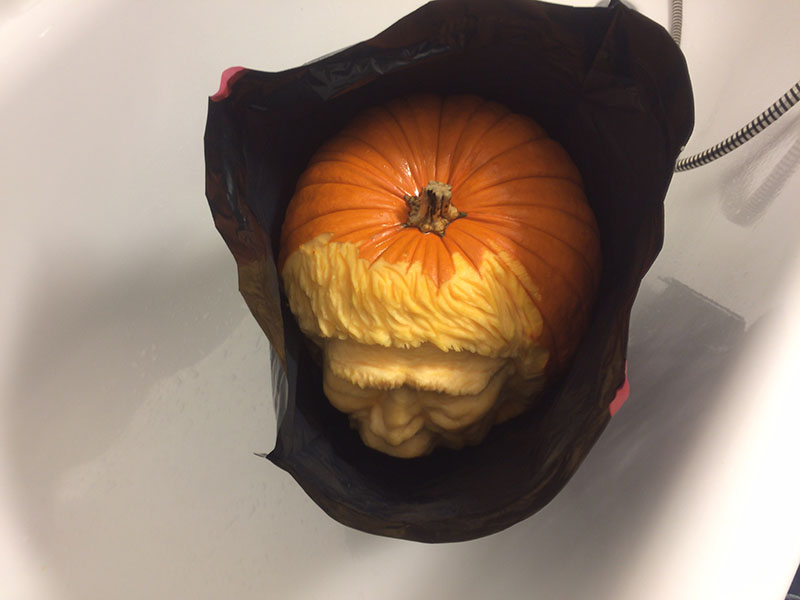 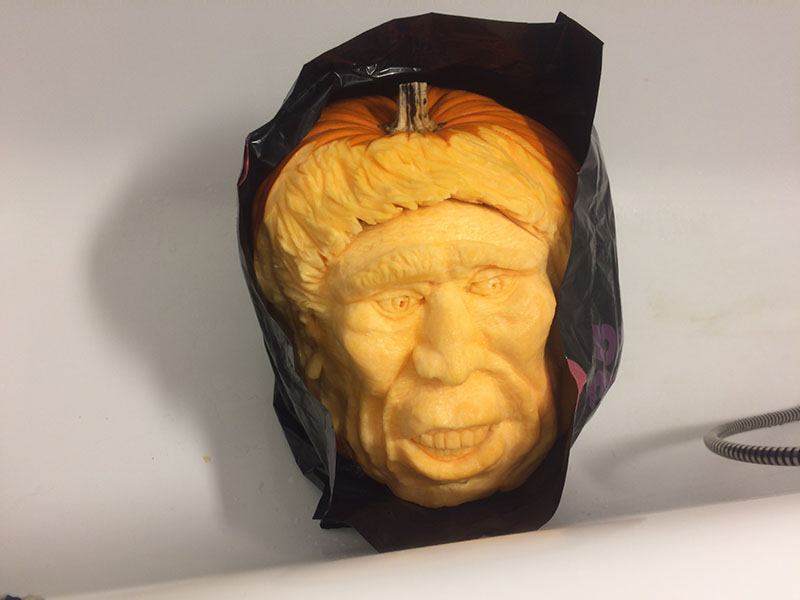