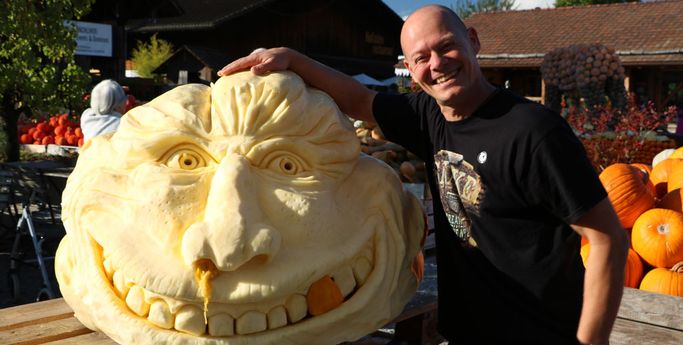 Time goes by so fast… it was almost one year ago when I got a call from Jucker Farm, a place that hosts some of the biggest pumpkin events in Switzerland and even Germany.

They asked me if I wanted to step in for a pumpkin carver who canceled his participation at the Pumpkin carving contest. That really came as a surprise!

Here is a short movie covering the event:

Jucker has  family events throughout the year, and I was at the farm earlier that year to meet Ray Villafane, one of my pumpkin carving idols. Unfortunately I was a day late, but as I was there anyway, I thought I might show them some of my carvings, in case they needed some people to inspire the other hobby carvers at the family weekend events.

I must say that I was a bit intimidated, competing with internationally accredited carvers when I hadn’t even carved one giant pumpkin at all. And on short notice as well. Anyway, after some thinking I agreed and went to that contest, what could probably go wrong.

When I arrived at the site, the place was bursting with pumpkins of all shapes and sizes. 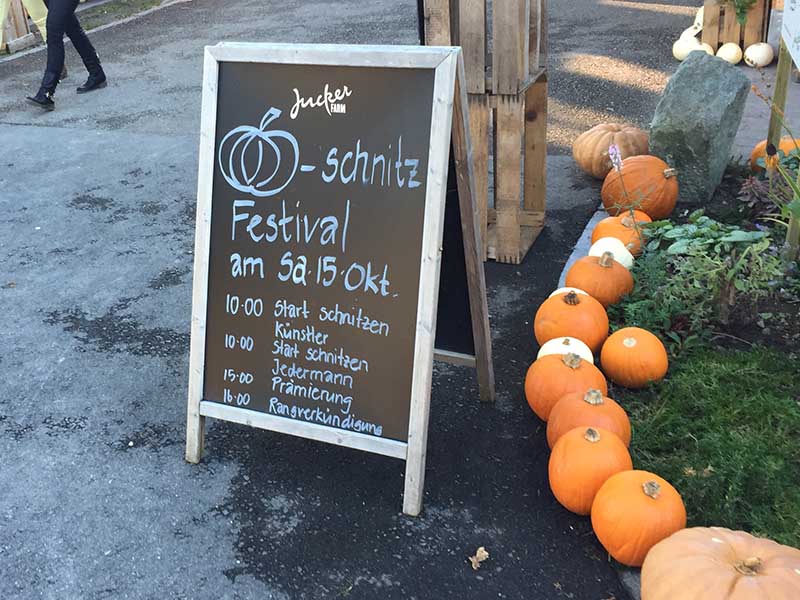 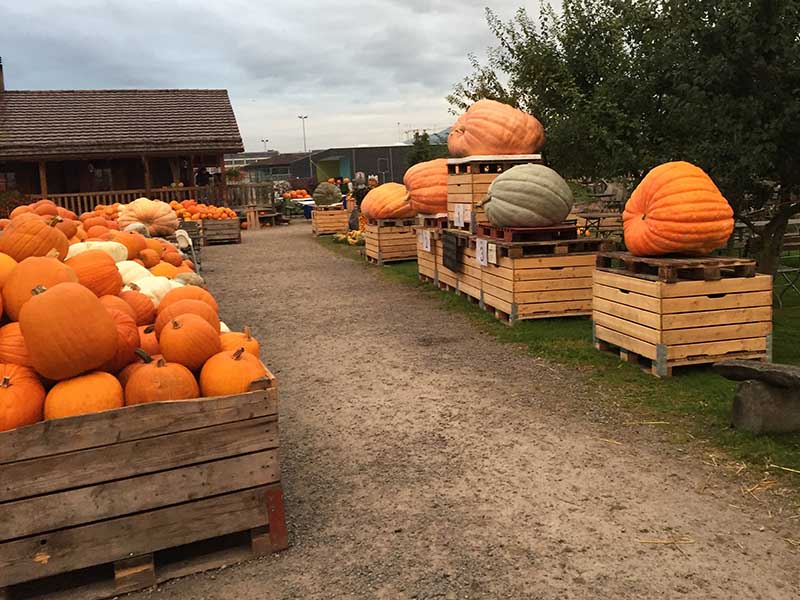 I also got to meet the contestants from the Netherlands, Germany, Russia and Czechoslovakia, all very nice people! 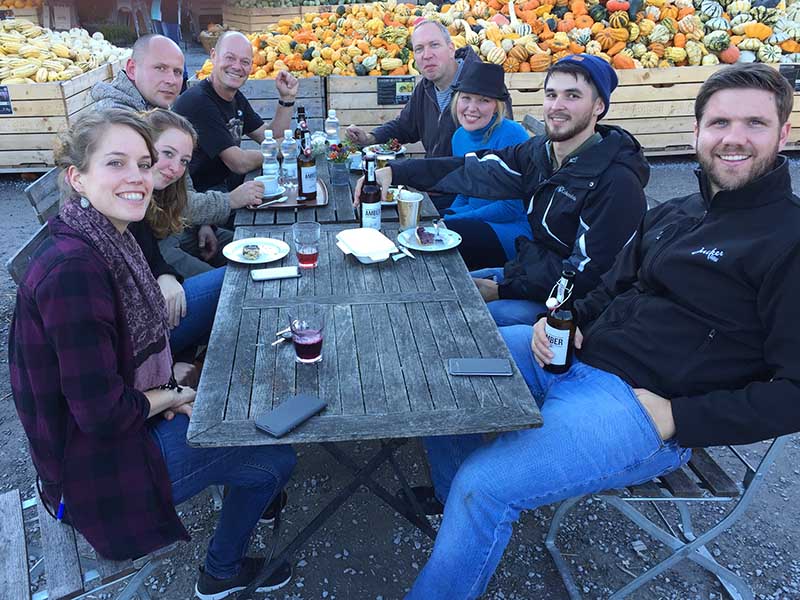 After agreeing on the pumpkins (there were 6 really really big ones), we startet carving. Soon after that, the first festival visitors appeared. The visitors were the ones voting for their favorite pumpkin.
I didn’t have any idea what my pumpkin was gonna be in the end, but after a short period of time it began to develop into  a lion/cat/dragon creature head. 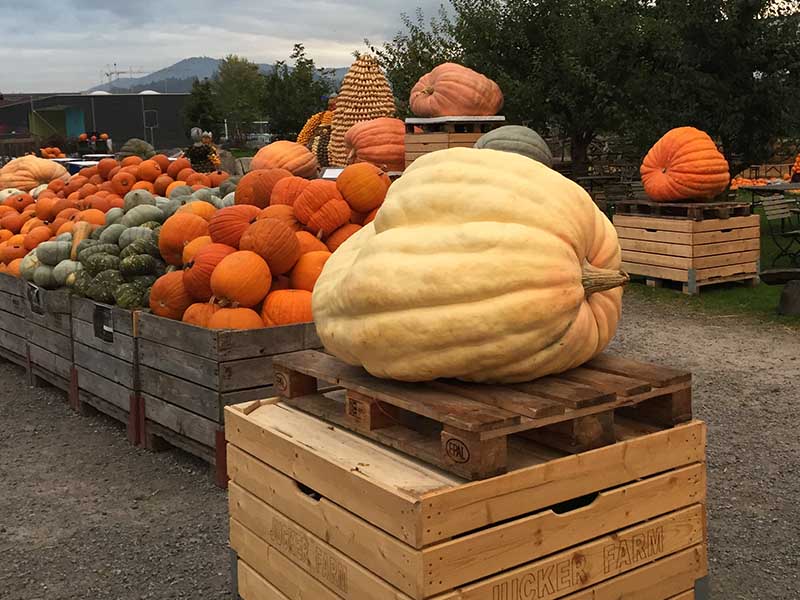 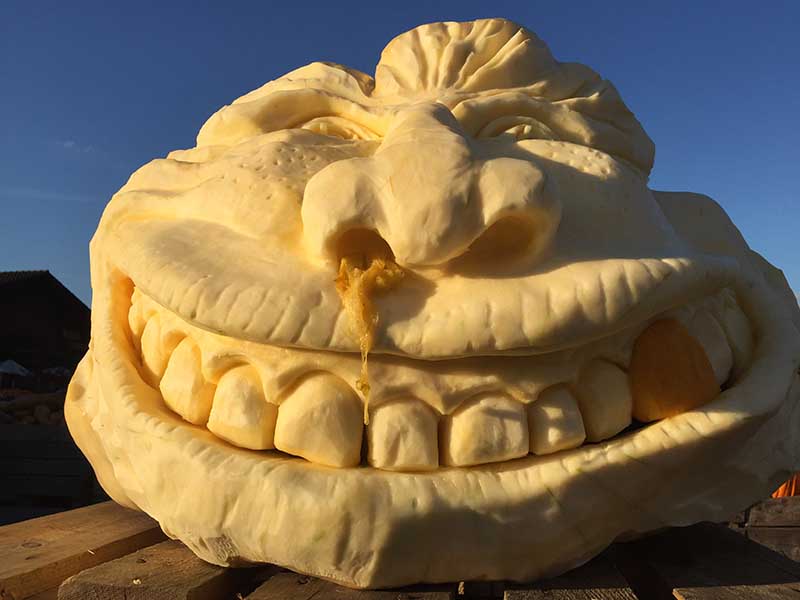 In the afternoon the contest was over and the winners were declared. 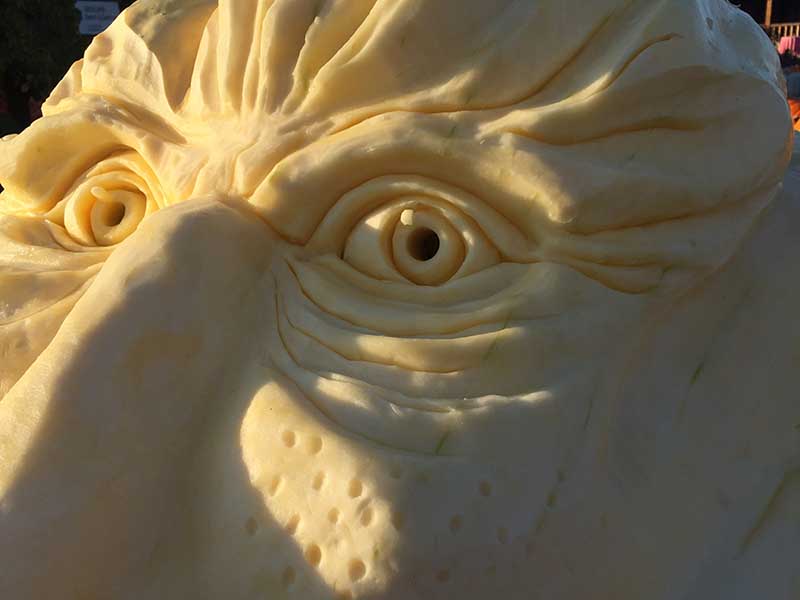 I was really thrilled to reach the 5th place of 6, but maybe that was also due to some luck, because Galina (she scored sixth) had to deal with a really hard and stubborn pumpkin.
Maybe I also should have left the snot, as my wife advised…

Here’s a gallery of my contestants pumpkins

I don’t know if I’m gonna be invited again this year, maybe I should practice some. 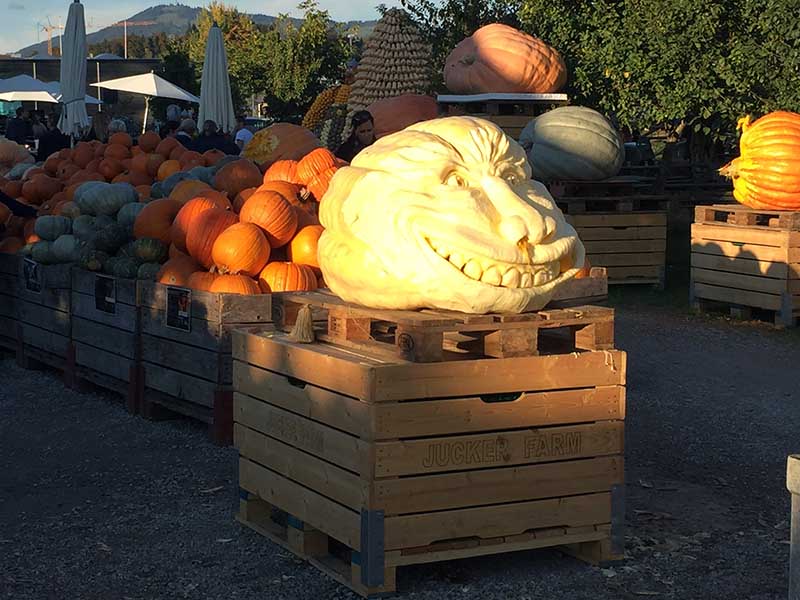