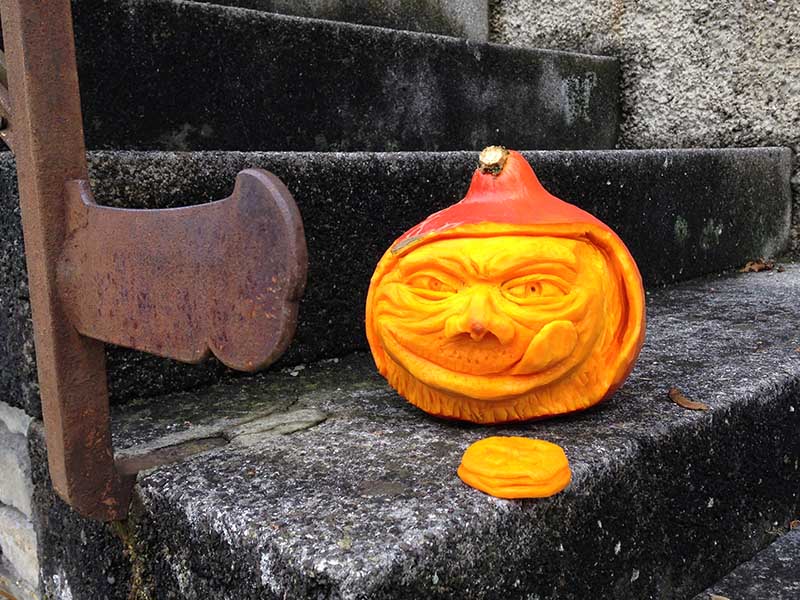 As it soon will be autumn again I thought I will do a short article about a pumpkin I did a while ago.

The pumpkin started out as a small Hokkaido pumpkin and was inspired a little bit by the “Grinch” movie.

I was actually doing it for a friend of mine who runs a premium bakery in my hometown. I thought it would be nice if he could have some unusual autumn decoration for his shop.
I even did a cookie so it would make more sense for a bakery 🙂 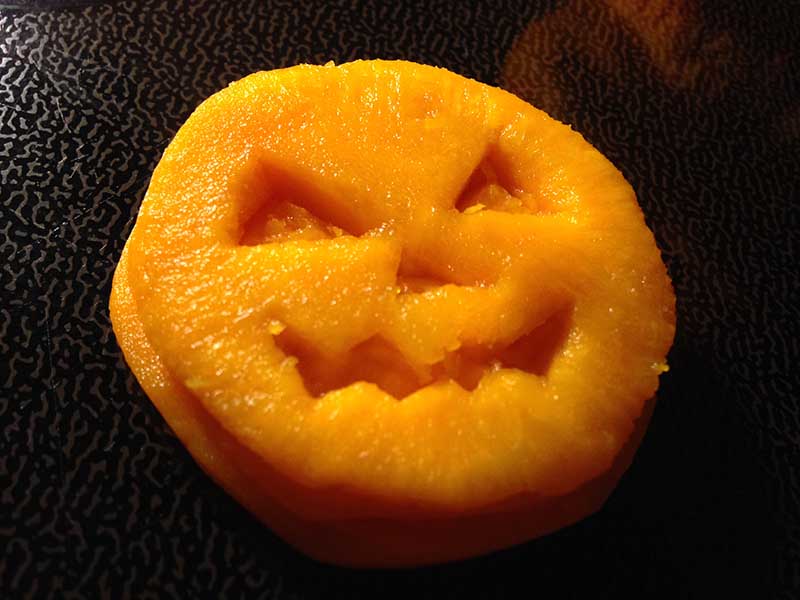 Unfortunately he was not really up to my idea, thinking that the pumpkin might be the cause for little  flies when it starts to rot, and he didn’t want to have that in his bakery, though I didn’t think that would be a problem when it would be outside in front of the window. 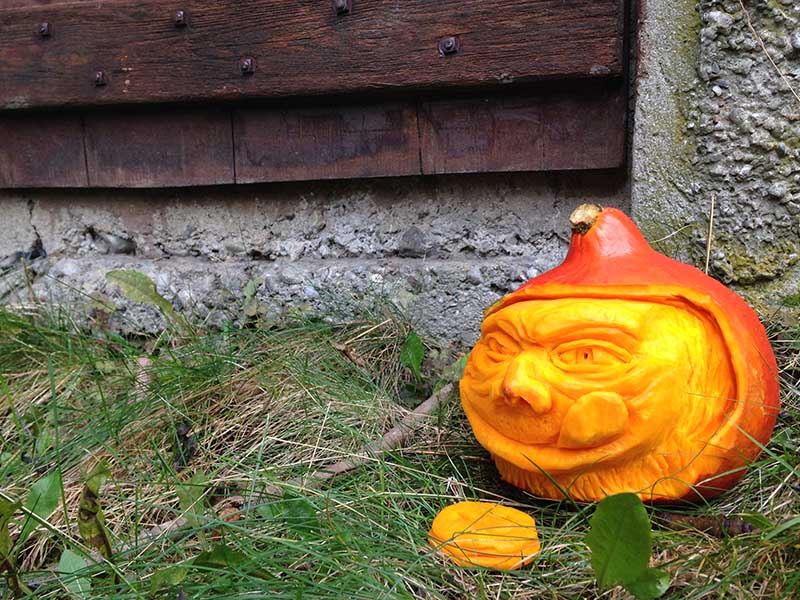 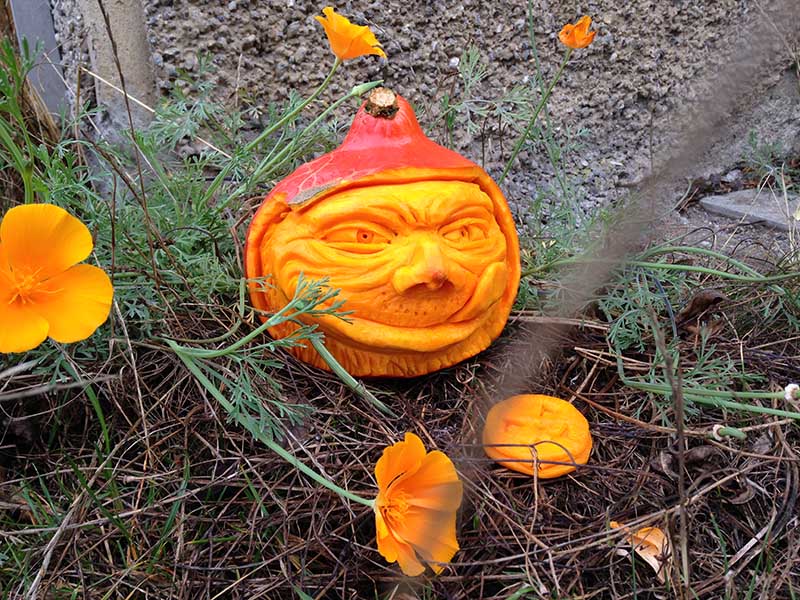 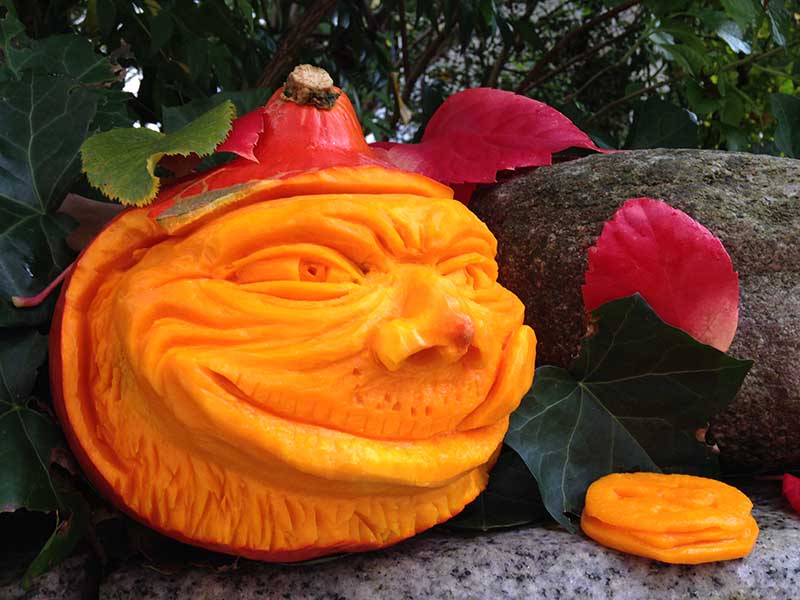 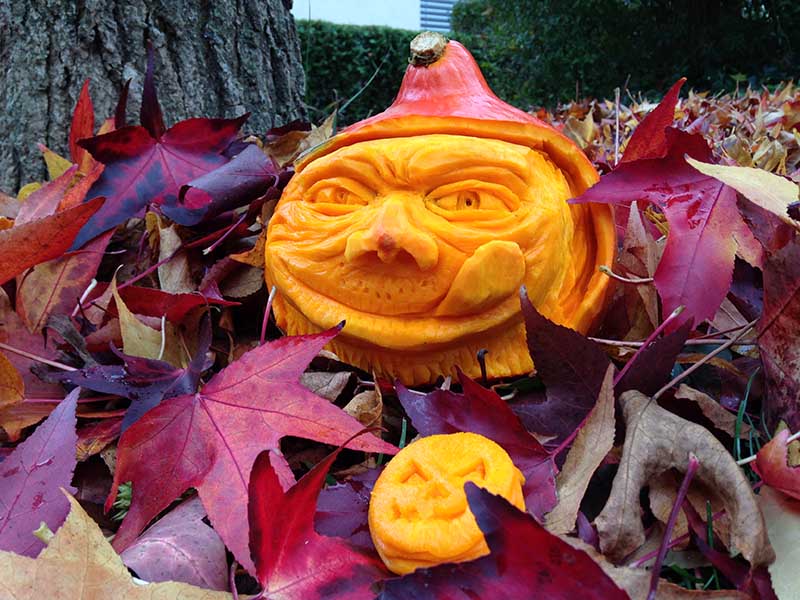 So after being placed at various locations in my neighborhood  it ended up on my balcony as did many other pumpkins before.