So it was only logical for me to airbrush some images of Bono, U2’s lead singer.
I like the black and white one more for its better visibility of the shadows and highlights.

The color airbrush depicts Bono at his Zooropa World Tour concert in Basel, Switzerland, where I had the honor of participating on stage during the show.

This was thanks to my girlfriend’s craze for U2 and because we stood at the right time at the right place (where the cast tour bus arrived and the cast entered the backstage area), but that’s another long story waiting to be told. 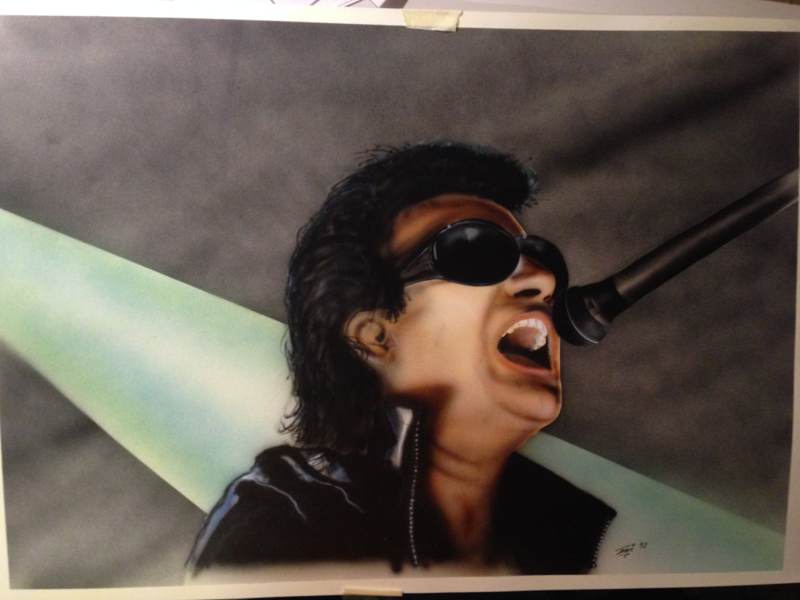