My love for airbrushed imagery started decades ago, with the album covers of ELO and the likes. Also custom painted bikes and cars were on my list.

Back in those days, realistic looking images weren’t done with computer software, and hyper-realism wasn’t rendered in 3D software. So you had to get your hands dirty with color an airbrushes.

My first real encounter with that technology happened at a local car show in 1981, when I met Roy Inca, a native American who had moved to the Netherlands and was doing custom car painting. 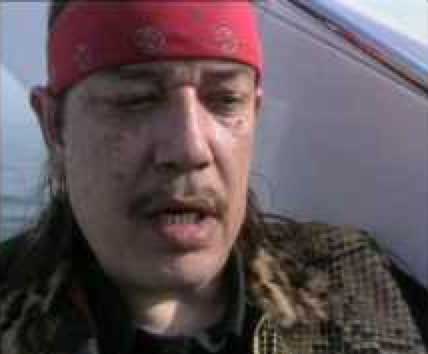 He was doing live painting demonstrations there, and I stayed almost the whole day there, just talking with him and watching him doing his art.

At first I thought I’d be a pain in his neck, hanging around all the time, but as the hours passed Roy realized that I wasn’t just the ordinary visitor, so he almost forced me to grab one of his airbrushes and do draw some lines.

The first airbrush drawing I ever did turned out to be a Don Martin cartoon, you know the guys from MAD magazine with the fat nose and twisted extremities…

Then things took off with painting cars, helmets, T-shirts, paper, wood.
Unfortunately I don’t find the time any more to do airbrushing, due to the lack of painting space, air supply (I always rented a CO2-bottle cause I hated the compressor noise and need for elecrtical outlets) and time being used up for millions of other things.

But – one day I’ll pull them out again, I’m sure about that 🙂 Like, if someone absolutely wants me to brush something by hand and not with Painter or Photoshop… Just let me know!