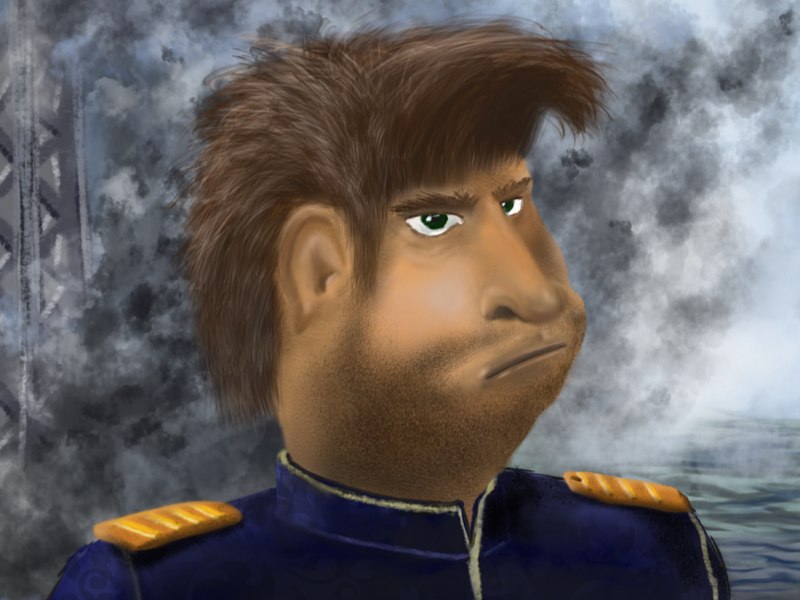 Admiral Shōichi Nakayama had a bad time on January 7th 1943…
Just days after he took over command of his new destroyer Hatsuzuki, some jerk in the kitchen set a couple of woks on fire. Which were happily joined by the whole stash of sake on board. As well as all the whole cigarette bunker. All of which led to the infamous “Hatsuzuki Kitchen Cloud”, a smoke pile to be seen from miles and miles away, rendering the ship’s smokestack fumes a joke.

He could almost hear the sneer of his naval buddies back home when they heard about this stupid and annoying incident.

The only positive thing on that day was that there weren’t any enemies close by, and if there would have been, they’d probably thought it to be an erupting volcano.

Painted on an iPad Air with a no-name stylus in the Sketch Club app.