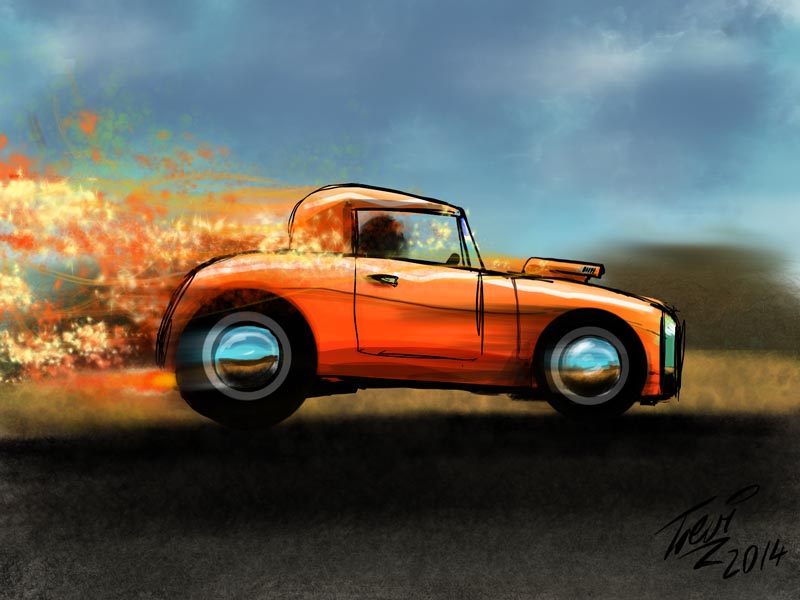 Classic looking, that is.

Because instead of being powered by fossil fuels this one is running on natural gas.
Well, let’s say supernatural.

This baby actually runs on sparkling pink and yellow unicorn farts, collected by the proud owner Doug Sheffer during full moon nights when two tame unicorns regularly show up behind his barn to get their treats of Skittles candy.

“I’m getting about 50 miles per fart,” Mr Sheffer from Prineville, OR, tells us.

“It was quite a thing to get the engine conversion and the gas tank right, but after all it was well worth the effort, considering that Pat and Hopper only need about two packs of Skittles to produce around 30 farts each. And, ” he adds with a wide grin, “they almost magically keep the IRS guys away. Never found out why, but it’s a proven fact!”

Below is a speedpaint video of it.