The first in the iPhone 5 case series is this low tech approach I had already used with the iPhone 4 before. Although it may look amateurish just from the description, it held up quite well and looked astoundingly real. 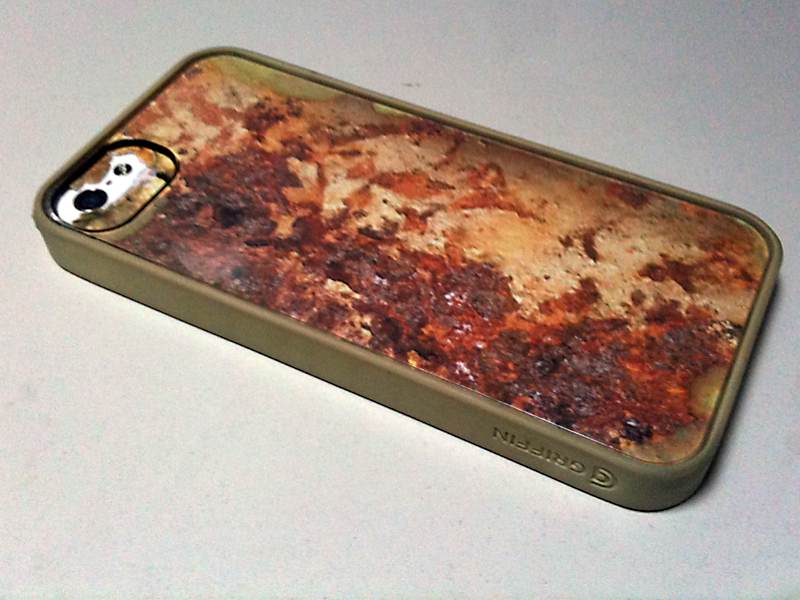 The process of adding imagery is basically  the same for both case types, except that it is easier with the Griffin case because it only needs a flat back image.  Next I took some pictures of mossy tree stumps, rotting wood and went through my rusty Thunderbird parts. Then I printed the things out and cut them to fit inside the Griffin case. Then I cut out the opening for the camera and flash, leaving the edges torn and irregular on purpose.

The mossy one looked great for a while, then I switched to the vehicle identification plate of my Thunderbird, which also looked great.

Finally I decided to go with more rust and swapped the vehicle ID plate for a detail of the Thunderbird’s air filter housing. 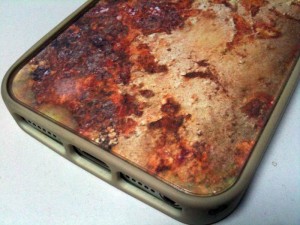 I like the color the rust developed on it, and also the remains of flaky paint. 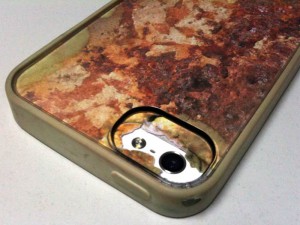 Here’s the case with the afore mentioned air filter housing rust after several months of usage. The color has gotten washed and smeared in some places, which didn’t really bother me. As you can also see, the wear on the formerly white bumper also helped creating the overall look of a used item. 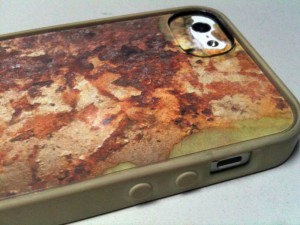 All in all I still like the concept of this case. It is easily changeable and the case protects the phone really well. Also the usability of all the buttons remains excellent.